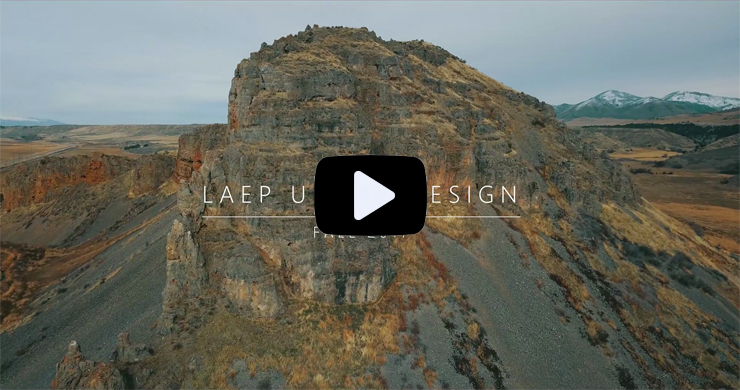 Utah State University landscape architecture students are partnering with the City of Pocatello, Idaho, to complete a 2-year visioning project. After discussing the city’s needs with people in the community, the students found that the Portneuf River, parks, and historical landmarks are disconnected with the growing urban areas of the city.

“Some of the people we interviewed said that many people in Pocatello are not really aware of the rich potential of the river,” said Caroline Lavoie, associate professor of Landscape Architecture and Environmental Planning. “In September we went to the farmer’s market and we had about 300 people discussing the plan. This project is not just us. This is the beauty of working with the community on a project. We had a lot of input on what was important for the community.”

Twenty miles of the Portneuf River has the potential to enrich the neighborhoods it flows through, according to Lavoie. In 1962 the river flooded, causing damage to homes along the river. The Army Corps of Engineers poured concrete walls on both sides of the river, blocking community access to the water.

The landscape students found the concrete barriers are an ecological problem, blocked river access from residents, and created an industrial perception of the Portneuf River. The students proposed to remove the concrete channel in several locations and to incorporate methods that restore natural river characteristics and appearance, while still being able to flood during high water season without affecting neighboring houses.

“We feel that the Portneuf River should be celebrated instead of encased, and that the long term plan should be to remove as much concrete as possible,” Lavoie said.

The students also created designs to improve parks like Centennial and Rainier along with historical monuments such as the Union Pacific Station and the Chief Pocatello Statue. 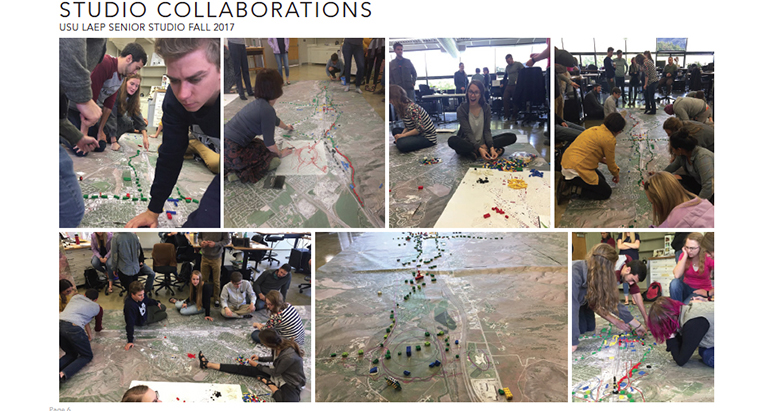 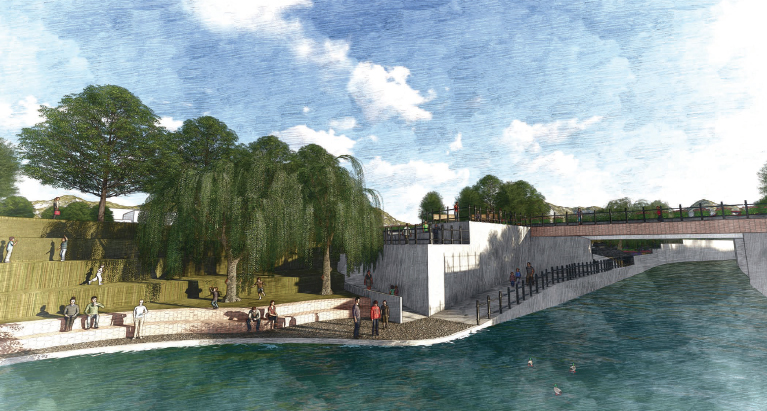 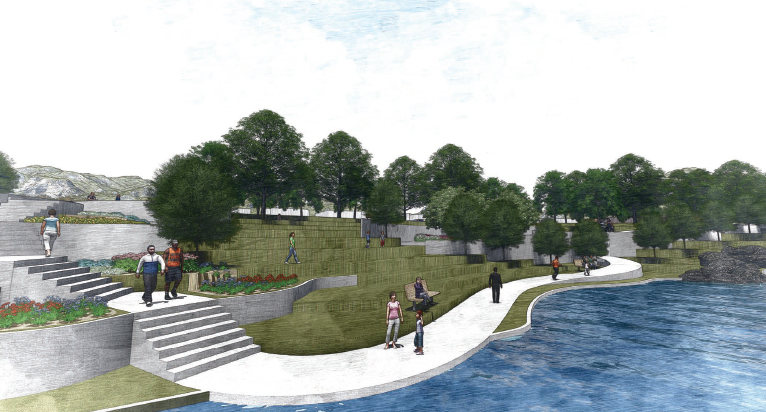 “We had seven teams and each team had to connect with the other team so that what we propose is something that is coherent for the whole 22 miles,” Lavoie said. “We looked a natural system, we looked at an important area of destination so that it’s not just an area that you drive through, but an area created to attract activity.”

Lavoie said landscape architecture students are unique because they have to consider more than just the designs. Things like environmental impact, economic growth, politics, and funding all have a part in their plans for Pocatello’s visioning project.

“Urban design is a very controversial, contentious discipline because it involves politics and money, transportation and peoples’ wellbeing,” said Todd Johnson, a landscape architecture associate professor. “When you get involved in these things, sometimes you enter a very antagonistic world.”

In this case, Johnson said city planners and community members were happy to work with the team of Aggies.

“The city recognizes that they don’t have the resources to do a drone flight and edit the video to get people to see the possibilities,” Johnson said. “They don’t have a department of urban design. It’s a win-win situation for students and faculty because it’s an exciting opportunity for us to create.”

Johnson said the students were able to gain professional experience and in the process received an Honor Award for their work from the Utah Chapter of American Society of Landscape Architects. 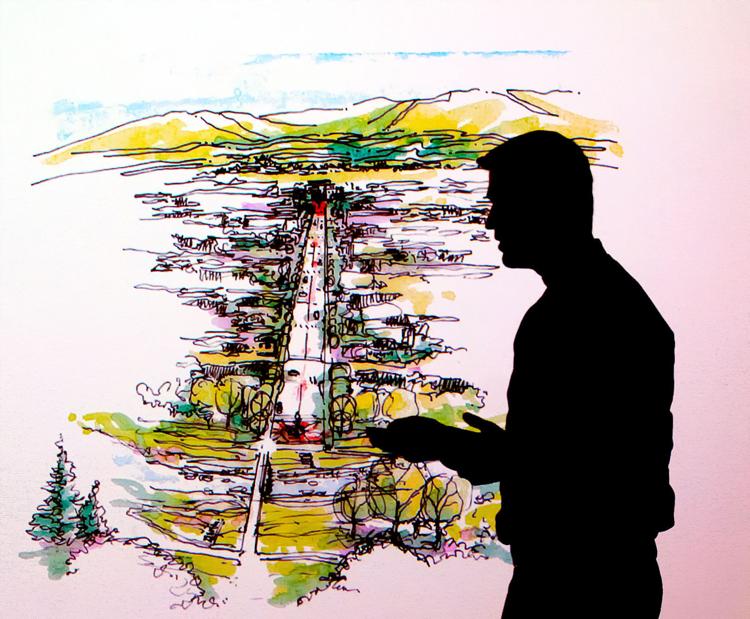 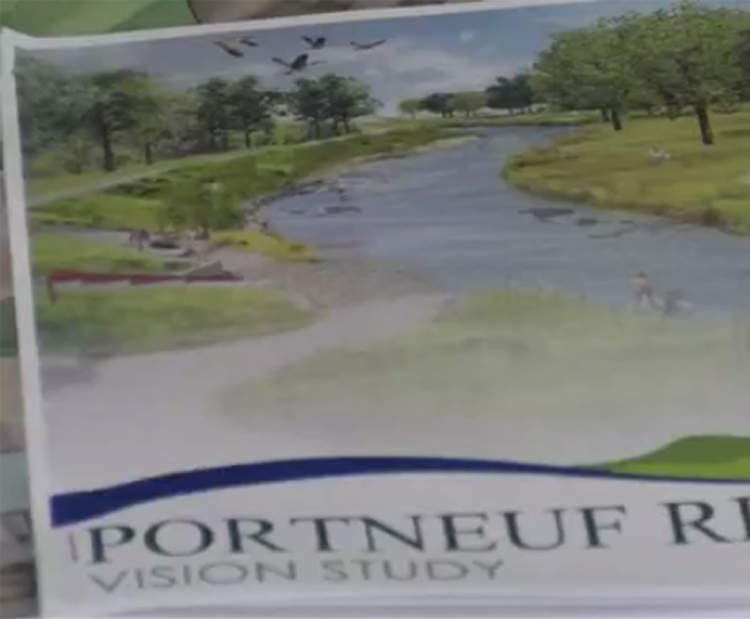 'Portneuf River Vision' is Headed to the Next Step 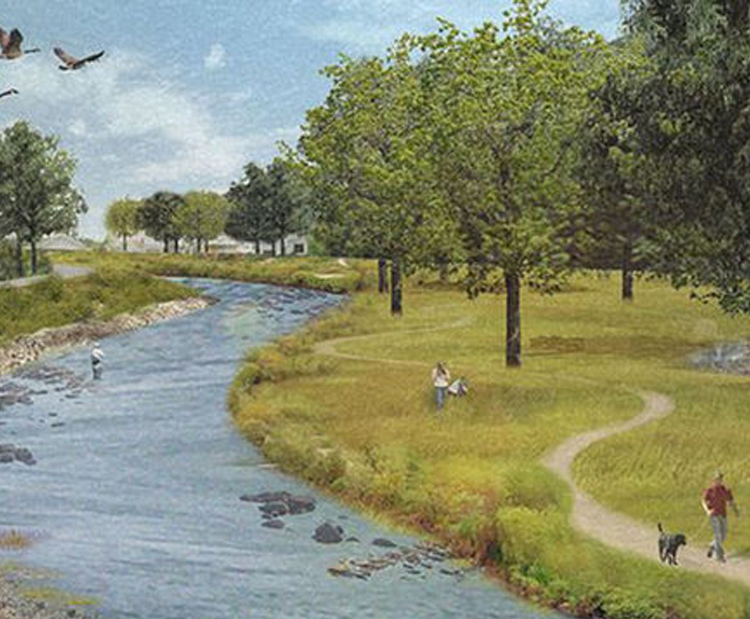 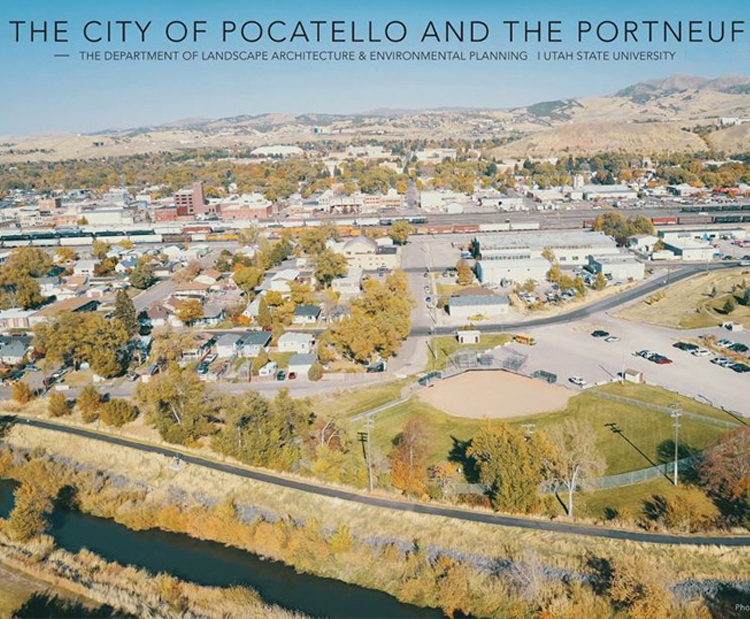 “The City of Pocatello and the Portneuf River” Report Released